It's on my list of best classes at MIT — but if you don't have a chance to take it, you can get a pretty good summary of the class in Sussman's fantastic "We Really Don't Know How to Compute" talk.

For the final project in that class, I worked with Blake Elias and Jared Pochtar on a new IDE for Scheme.

It's a main feature is an idea we haven't seen in any other programming IDE — the ability to "preview" computation. In our IDE, you're able to select a section of code and see the result of that code, without changing the state of the system. As soon as you de-select that text, the result goes a way, and no state changes have been made to the running instance.

Now, I've cleaned up the code, updated the APIs to a modern version of Swift, and made the app available on GitHub.

Take a look at the project page to find out more, or download the app — which is now known as Toski†.†It's called Toski because Emacs is called Emacs. 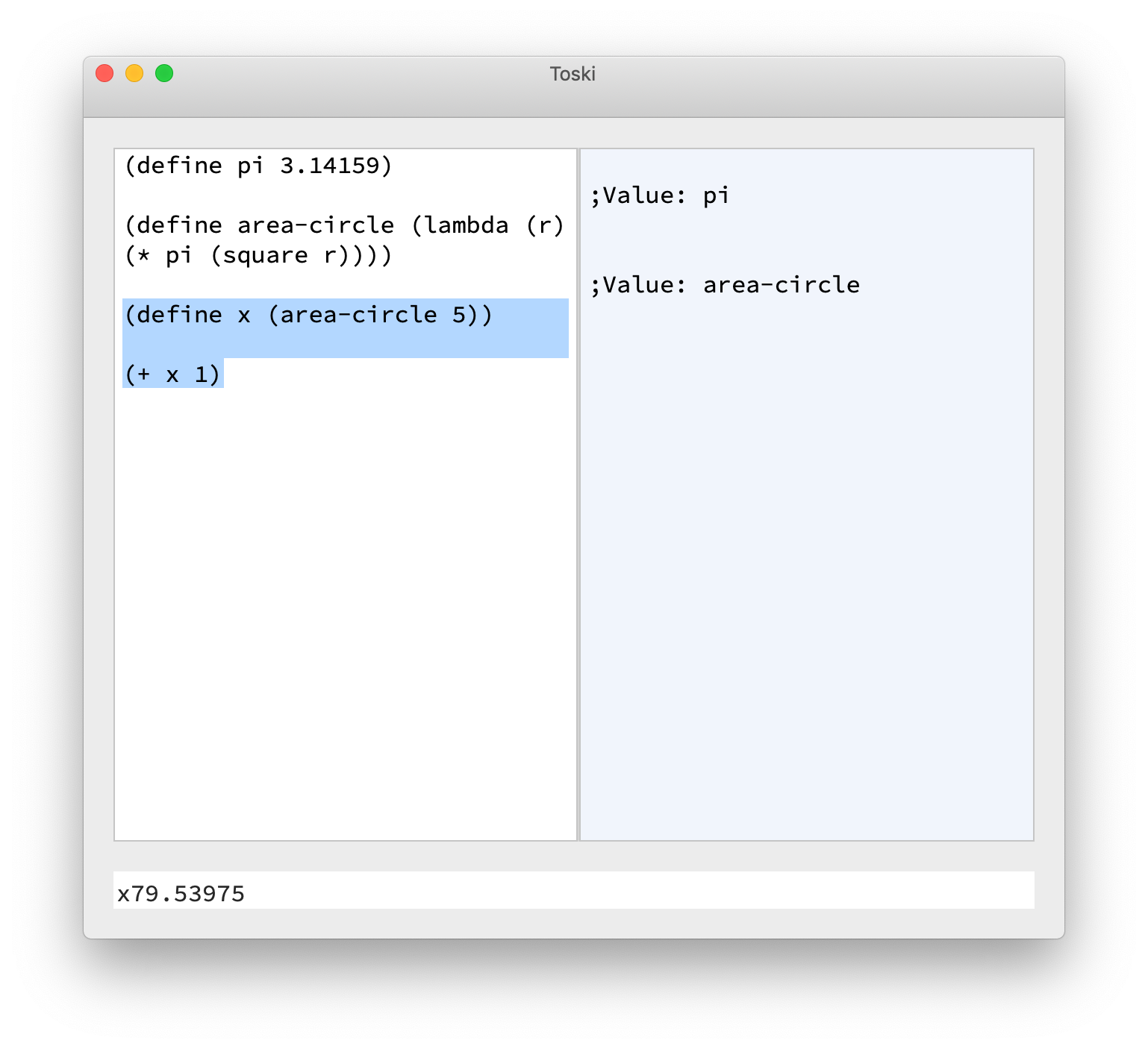